BSCPad is the first decentralized IDO platform for Binance Binance Smart Chain. According to the official website, BSCPad hopes to establish a fair and decentralized way of IDO, incentivizing and rewarding all token holders in an inclusive and low-entry way.

Unlike other IDO platforms that adopt a first-come, first-come approach, which is easy to lead to robbery by robots, BSCPad is characterized by a two-round system. The first round ensures that each level has a certain amount of allocation (provided that you are six One of the tiers), that is, all tiers of participants can be allocated as required, and they can enjoy fair treatment. In the second round, a first-come, first-served snap-up model was adopted.

The first round, known as the "allocation model," allows users to buy the amount allocated to them based on their tier. According to the different lock-up amount of the user's BSCPad tokens, it is divided into different grades, and different new currency quotas are allocated, so that users can buy it according to a fixed proportion.

There are currently six tiers, ranging from bronze to blue diamond, and the number of BSCPad tokens required for the corresponding tier ranges from 1,000 to 75,000 (see list on the official website). Each tier gets a different token distribution weight, 10 for bronze, 400 for diamond, 500 for blue diamond and there is also a private placement quota. The number of IDO tokens allocated to each level = the total amount of IDO x the percentage of the corresponding share to the total share. Obviously, the allocation share of the blue diamond tier is much larger than that of other tiers.

Among them, the first two grades of bronze and silver, in addition to preparing a full amount of BSCPad, also need to do some whitelist tasks (such as like, comment on official Twitter, tweet with specified content, etc., see each item for details. whitelisting requirements).

Example of calculation rules for the first round of token distribution:

The formula for the number of tokens that users of each level can purchase is: quota per level / number of people per level

The second round, using the "first come, first served" model, will be opened if there are still remaining after the first round, and will be conducted on a first come first served basis. All tier members can purchase additional amounts determined by a tier-based formula. All members open the second round of buying windows at the same time, regardless of membership level. This round is open until all tokens are sold, which usually lasts only a few minutes and requires a lot of speed. . After all tokens are sold, the IDO ends.

How to participate in IDO?

BSCPad will have 5 projects to be launched in May. Take the lever.network project open for subscription at 16:00 on May 3 (Beijing time) as an example to illustrate the practical steps and processes of IDO.

Lever Network is a decentralized leveraged trading platform that allows users to mortgage, borrow, and trade leveraged, long or short any underlying asset in one go. It has completed a $600,000 seed round of financing, led by NGC Venture, ArkStream Capital, LD Capital and AU21 Capital, with participation from DAOMaker, YBB, DFG and others.

According to Lever Network's official Twitter message, the IDO schedule on BSCPad is as follows:

The first round of distribution mode: starting at 16:00 on May 3 (Beijing time)

The second round of first-come, first-served mode: starting at 19:00 on May 3 (Beijing time)

Online trading on Pancakeswap & Uniswap: May 7 (specific time to be determined)

Purchase BSCPad tokens According to the amount of funds and the level you want to participate in, purchase the corresponding number of BSCPad tokens in advance, at least 1000 to meet the bronze level threshold, which can be purchased on the centralized exchange http://Gate.io or decentralized Buy on the exchange pancakeswap.finance. 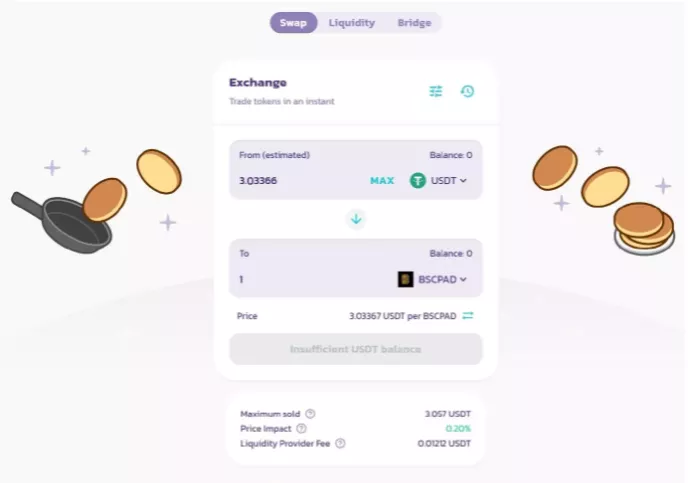 Transfer the BSCPad tokens to a decentralized wallet such as Tokenpocket or MetaMask, then visit the BSCPad official website, click "Connect Wallet" to link the wallet, and follow the instructions on the official website, at least three hours before the start of the first round of allocation mode.

Just follow the steps prompted on the page, and you can complete the transaction with a few simple clicks to authorize and confirm. Participating in staking can also get an annualized 15% return.

Note: According to the official Staking page, it takes 7 days to withdraw the principal and income after releasing the pledge.

Most of the IDO projects on BSCPad require KYC. In order to participate in all IDO projects announced later, KYC must be performed first.

The first page of KYC: select the country where you are located, enter China, only Taiwan is available, then choose Taiwan 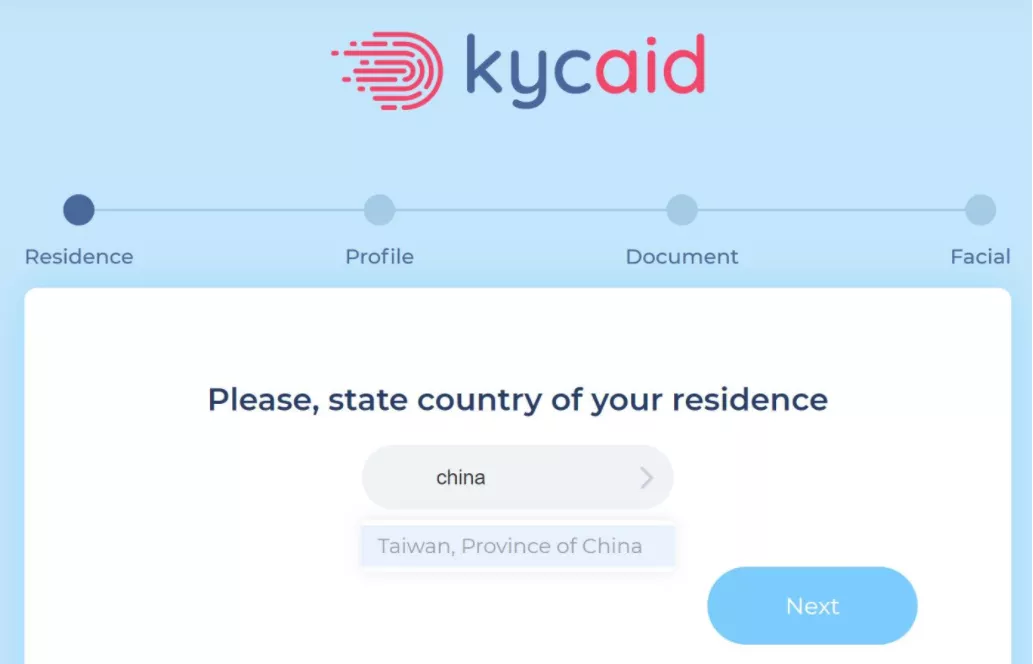 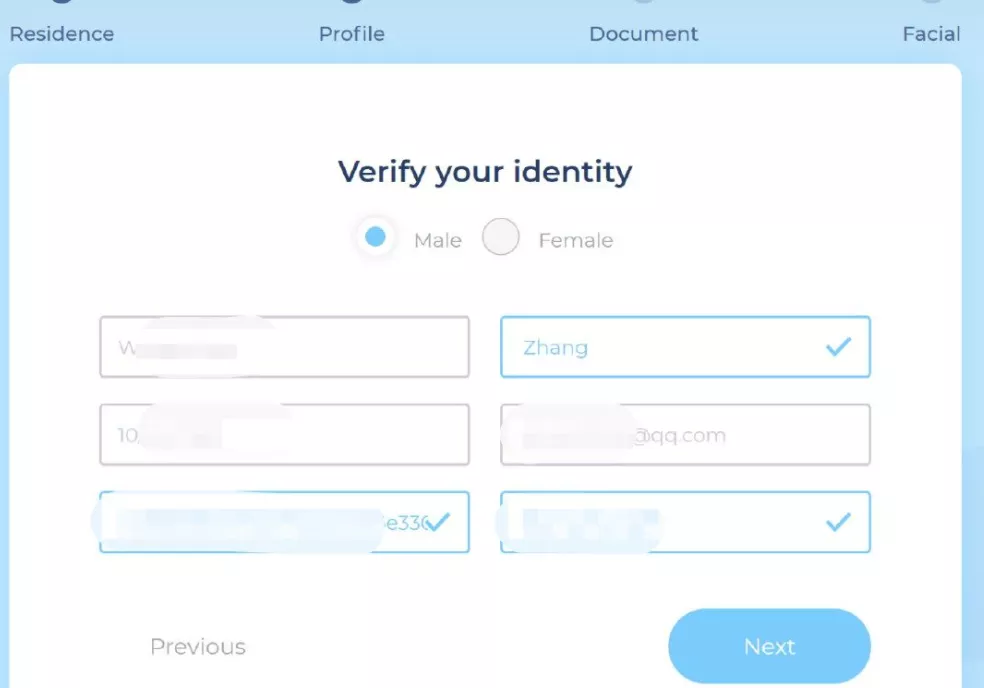 The fourth page of KYC: upload a photo of yourself holding your passport 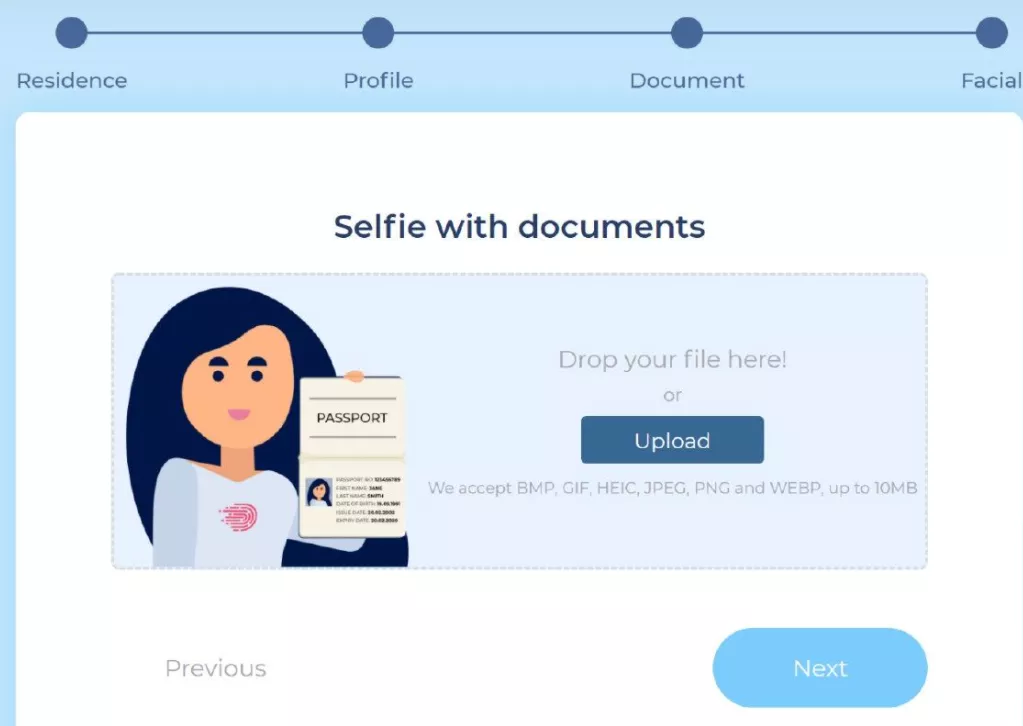 At this point, complete the submission of KYC information and wait for the review to pass. It usually takes 6-12 hours. It will be sent to you through the email address filled in above. If you pass KYC, the three letters "KYC" in the upper right corner of the official website will be changed from yellow at the beginning. turns green.

For more information, please refer to the official website of KingData: https://kingdata.com/

TAGSBSC
Be the first to invest in most profitable projects