Source: LUCIDA
Since 2020, the entire cryptocurrency market has experienced a huge bull market, and this bull market wave has also brought huge gains in assets under many tracks and hot spots, including thousands or even 10,000 coins.

LUCIDA is a quantitative hedge fund in the field of Crypto. As the market slowly turns bearish, we will make a complete review of this entire bull market. Through mining massive data, we will discover market rules and learn from history. In addition, LUCIDA will publish a series of investment research articles. This article is the first of the entire series: "5 million rows of data inventory three-year bull market"

The first step is to obtain data. We obtained data on all the top 3,000 coins by market capitalization from CoinMarketCap, totaling more than 5 million rows. 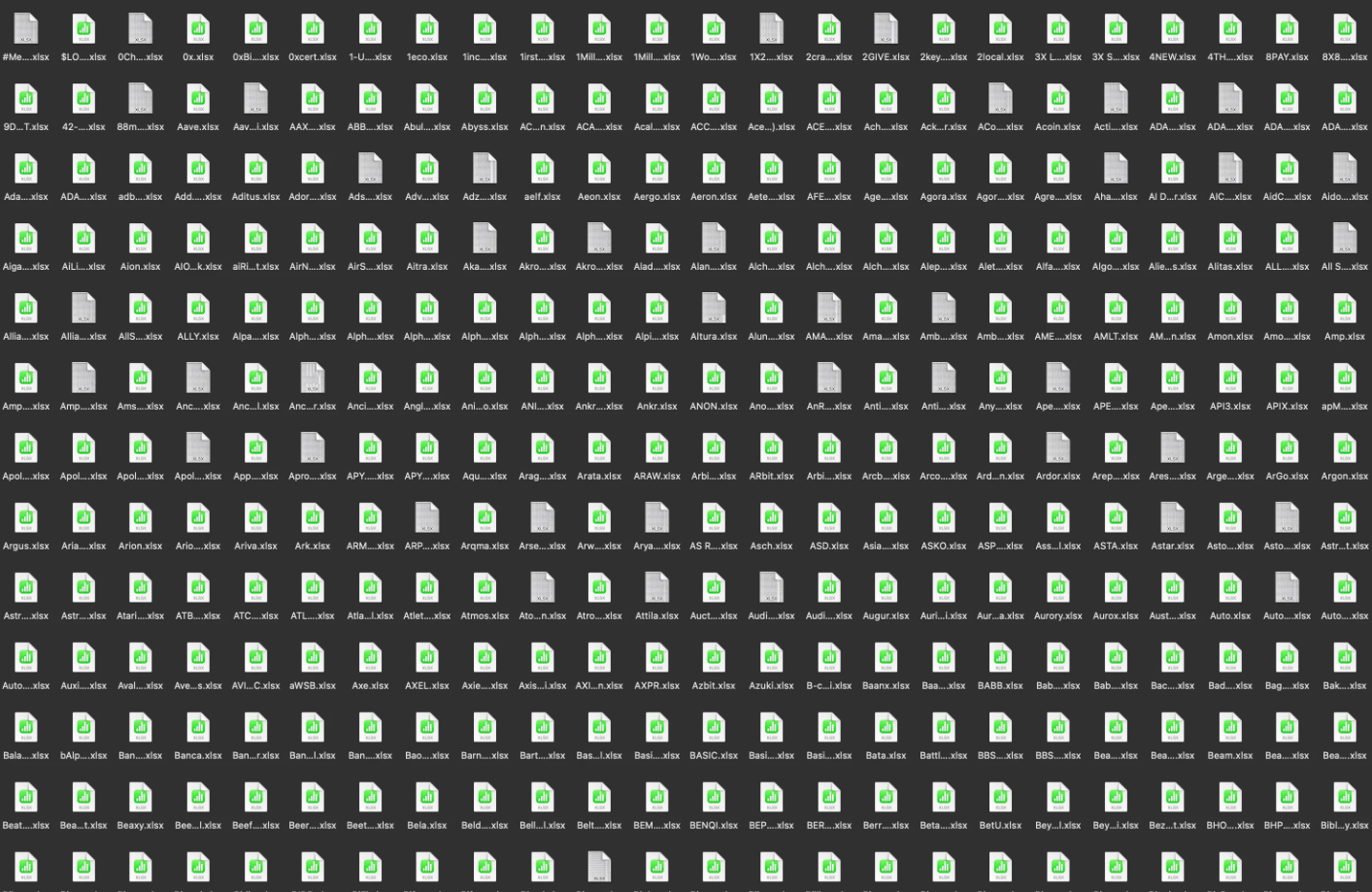 The data of the top 3000 coins by market capitalization

Columns for each currency

For subsequent analysis, we preprocessed the data:
Modify outliers, fill in empty values
Remove stablecoin assets
Remove anchored assets such as wBTC and renBTC
Remove assets that were largely pinned due to poor market depth
Remove the currencies with too small market value and too low liquidity (most of them are outside the 1000 market value) 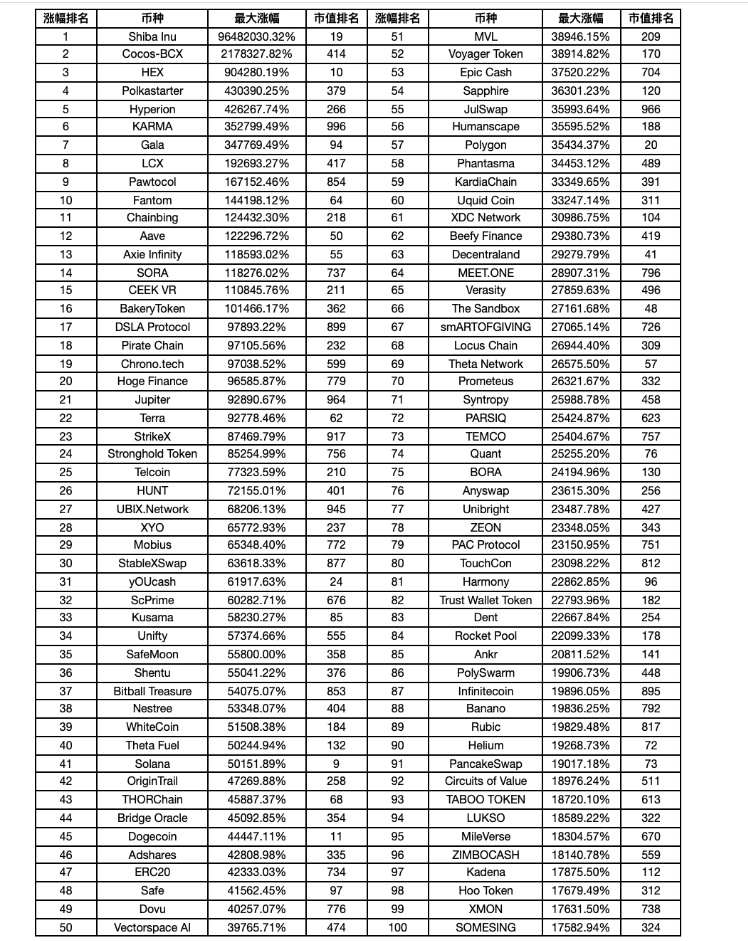 Top 100 coins with the highest increase in this bull market

Bull Markets Don’t Just Buy Anything Can Outperform the Market

Therefore, the truth may not be as everyone thinks, "buy in the bull market can outperform the broader market". From the data point of view, when purchasing small currency assets, it is necessary to choose the currency and timing carefully. If the currency selection and timing are not done well, the income may not be as good as holding BTC.

Next, let's calculate the "start time", "end time" and "duration" of the maximum increase in all currencies. The essence of this is to discuss the timing of buying small coins, "when to buy the bottom?", "when to escape the top?".

The above picture is the "frequency of the start time of the largest increase", the x-axis is time, and the y-axis is the frequency. The bars in the picture indicate when the currencies bottomed out. The bottoming time is concentrated in March 2020 and July 2021, that is, bottoming out after the "312" and "519" massacres.

The second picture is "Frequency of the end time of the largest increase". The x-axis is time, and the y-axis is frequency. The bars in the picture indicate when the currencies peaked. Most of the peaking time is concentrated in April 2021 and November 2021, which is basically the same as the peaking time of Bitcoin.

Therefore, from a statistical point of view, it is rare for small currencies to go independent. In fact, it depends on the face of the big pie. If you are not sure about the trend of small currencies, it is better to look at the big pie and buy small coins.

Time is your best friend

We found that the high points in the histogram are concentrated within 20 days and around 400 days, that is to say, the peaking of the currency can be roughly divided into two categories:

Even in a big bull market, you have to be mentally prepared to "cut in half", and you may even be trapped for a year
After calculating the profit, let's calculate the risk next.

The average and median of the maximum drawdown are 50.63% and 57.02%, respectively. That is to say, even in a big bull market, you should be mentally prepared to cut in half and withstand relatively large floating losses. 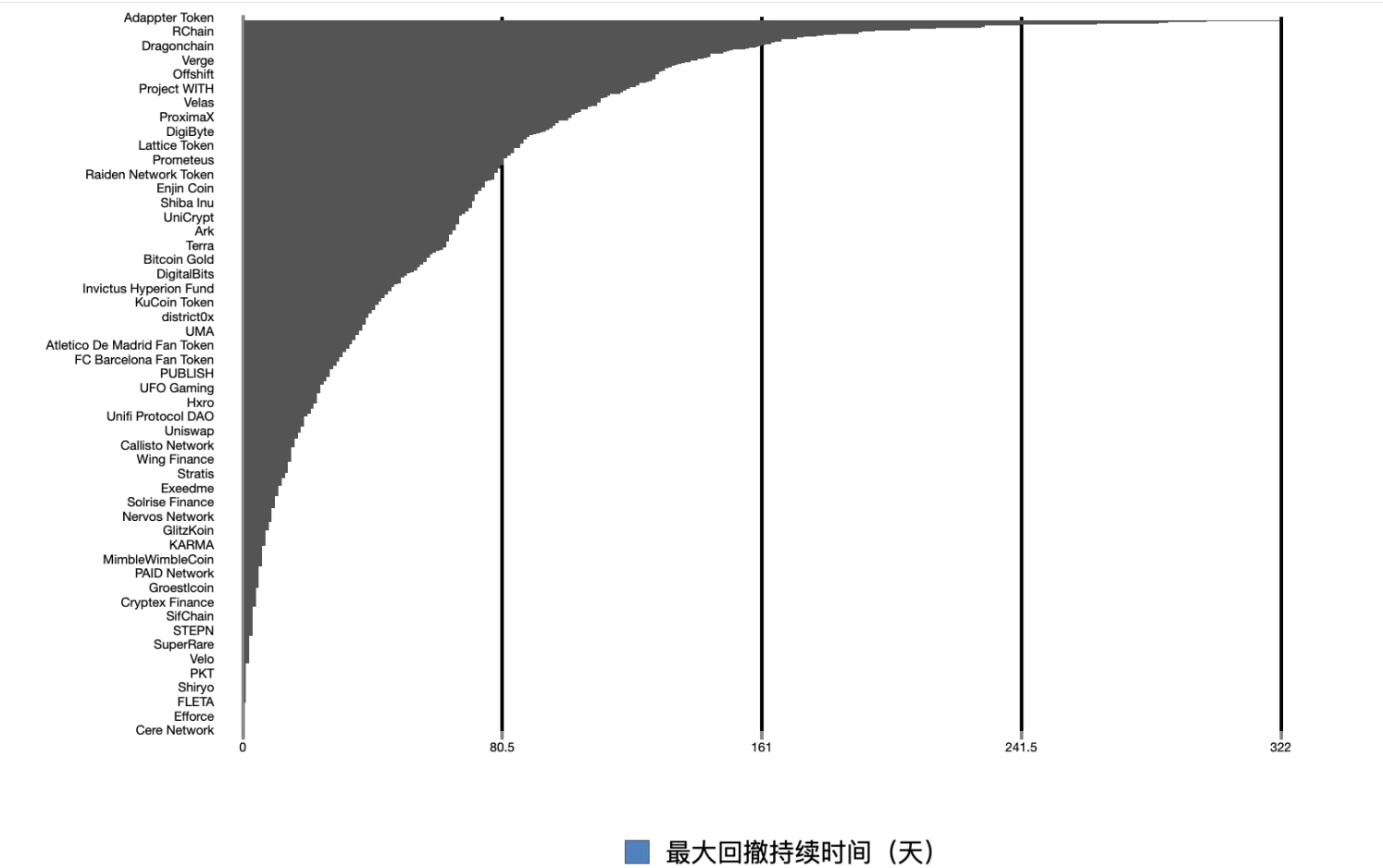 When Bitcoin trades sideways at a high level or stagnates at a high level, it is a good opportunity for small currencies to buy low and sell high or lighten their positions
Next we count when the biggest drawdowns usually occur.
The figure below shows the frequency of the start of the largest retracement. The two obvious peaks in the figure are concentrated in August 2020 and February-April 2021.

A new high after a high-level giant shake, or a flashback before the market goes bearish, run fast
The maximum retracement does not mean the end of the bull market. As mentioned above, the first end of the bull market occurred in April 2021, which is 2 months later than the largest retracement that occurred intensively in February 2021.
Therefore, it is not accidental that small currencies have fallen sharply at high levels. It is usually a sign before peaking. Even if the price hits a new high, it is mostly a trap, not an opportunity. 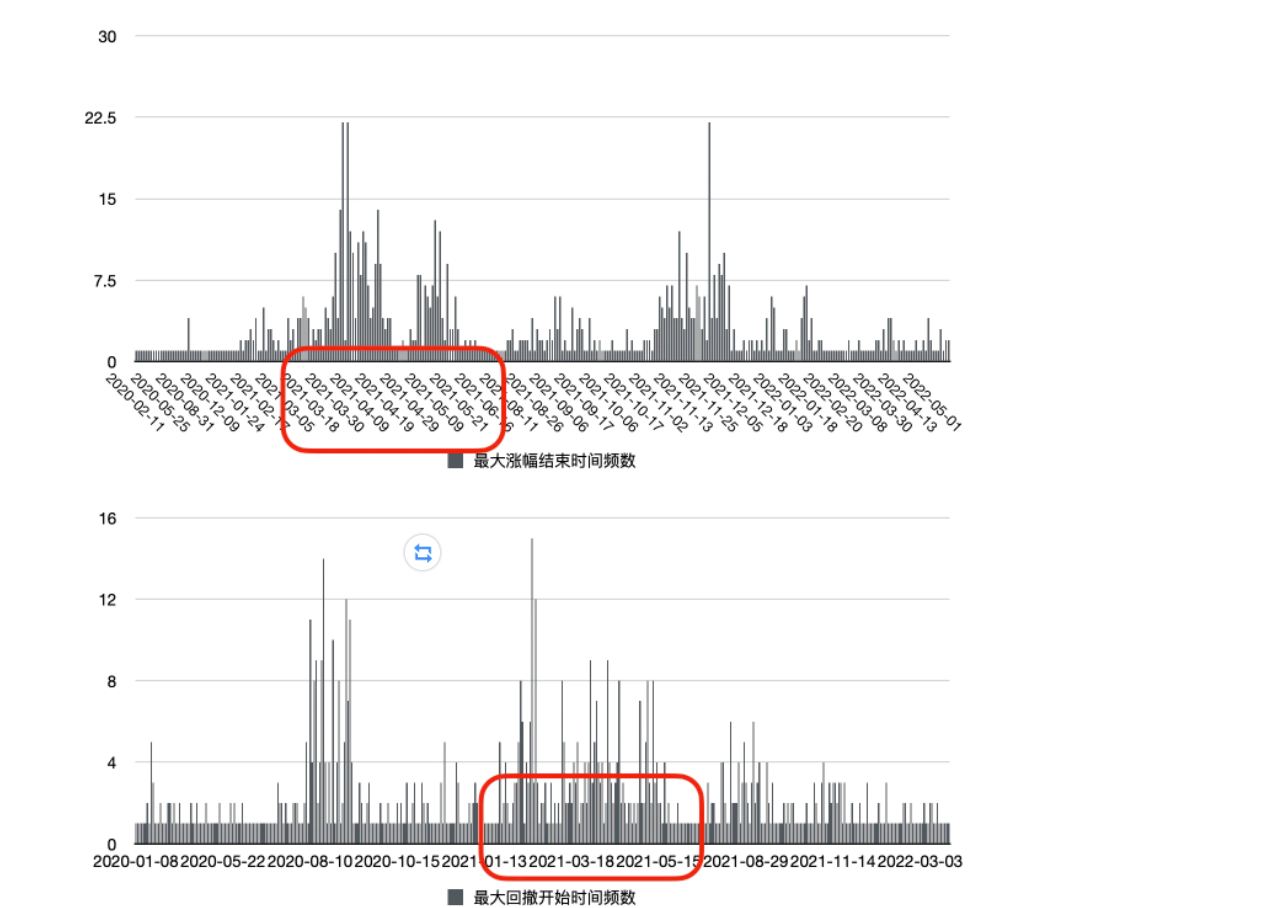 Through the data, we have analyzed the bull market in the past three years from the perspective of return and risk. From the data, we have extracted some views, some of which are in line with our old cognition, and some of which have subverted our cognition. Or let us have a new understanding of the market, the data will allow us to re-understand the market from a more objective and higher latitude perspective.

This article is relatively general. In addition to this article, around this bull market, we will write more investment research reports from the perspective of "secondary market investment" and "data", including but not limited to: