How NFTs are changing the future of photojournalists

Original: How NFTs could Change the Future of Photojournalism by Micah Casella
Translator: Evelyn 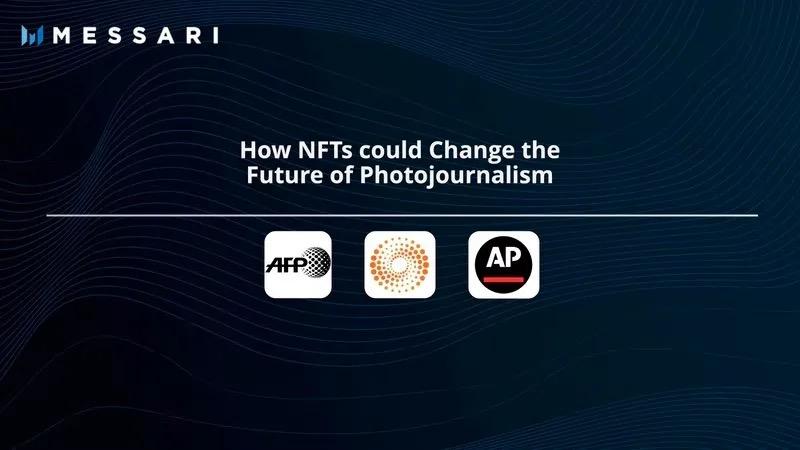 NFT marketplaces take 2-15% of every transaction on its platform, while gallery media sites take as much as 85% of every sale.

It's common for creators to earn a little income by selling media content on gallery platforms; however, publishers like CNN and NBC are willing to pay individuals up to $35,000 for a single event video clip.

The infrastructure to connect media content creators directly with media publishers does not exist, but could benefit from building on the NFT marketplace.

To date, the main focus around NFTs has been limited to JPEG transactions, tying it to a loose notion of community. However, digital non-homogeneity offers businesses the potential to build products that could change the dynamics of their respective industries. Through a combination of digital rights and market speculation, NFTs can serve creators like photojournalists particularly well. Creating an NFT marketplace category for photojournalists would allow existing exchanges to target the same market as the stock media platform Getty — from which it can generate more than $300 million a year.

A gallery platform, or website, is a database of multimedia content produced by various types of contributors, from cartoon illustrations to even war videos. Customers of the Gallery website can purchase licenses to use the multimedia content for different use cases. Publications use gallery sites to get content in areas they lack coverage. When content is purchased on a gallery site, the majority of sales go to gallery distributors, so they get a whopping 85% back on the transaction, while creators get an average of just $0.42. (This average is based on numbers from Shutterstock's 2021 investor presentation). 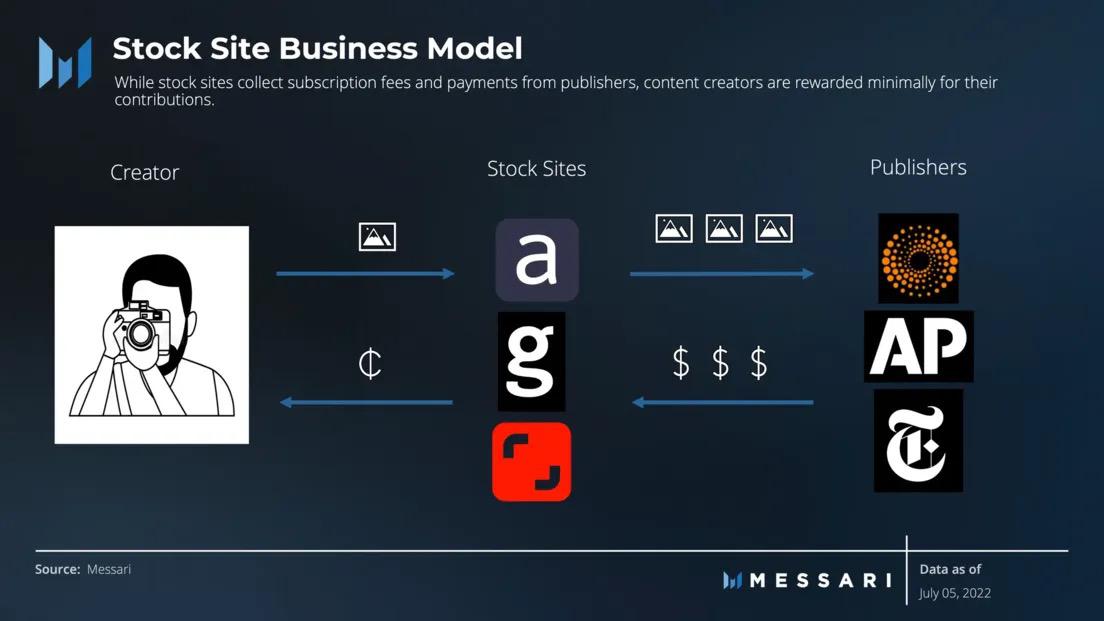 There’s no way a gallery reporter can make five figures from a single sale on the gallery platform. Outside of gallery media, five-figure sales, while rare, do happen. In 2021, CNN and NBC each paid a man from Utah $35,000 for his video of the riot at the U.S. Capitol. The man also sold his videos to two other media entities for four-figure sums. While the gallery site brings in organizations and intermediary services that connect media creators and media agencies, the man won't make close to $70,000 in profit if he tries to sell his content as a source.

Common stock media sites include Getty, Alamy, and Shutterstock. Although these platforms make the work of photojournalists visible to their editorial client base, they charge a small fee for licensing each photo sold and send less than half a percentage of sales into the pockets of journalists ( Usually less than $1).

Why is this useful for gallery sites? In addition to reaping huge profits from authorized sales, customers also subscribe to the gallery site, paying a regular membership fee to access the gallery photo/video library. While photojournalists may occasionally have higher-than-normal sales, it's impossible for creators to control the parameters that enable them to earn $100, and that image typically earns just $0.10. 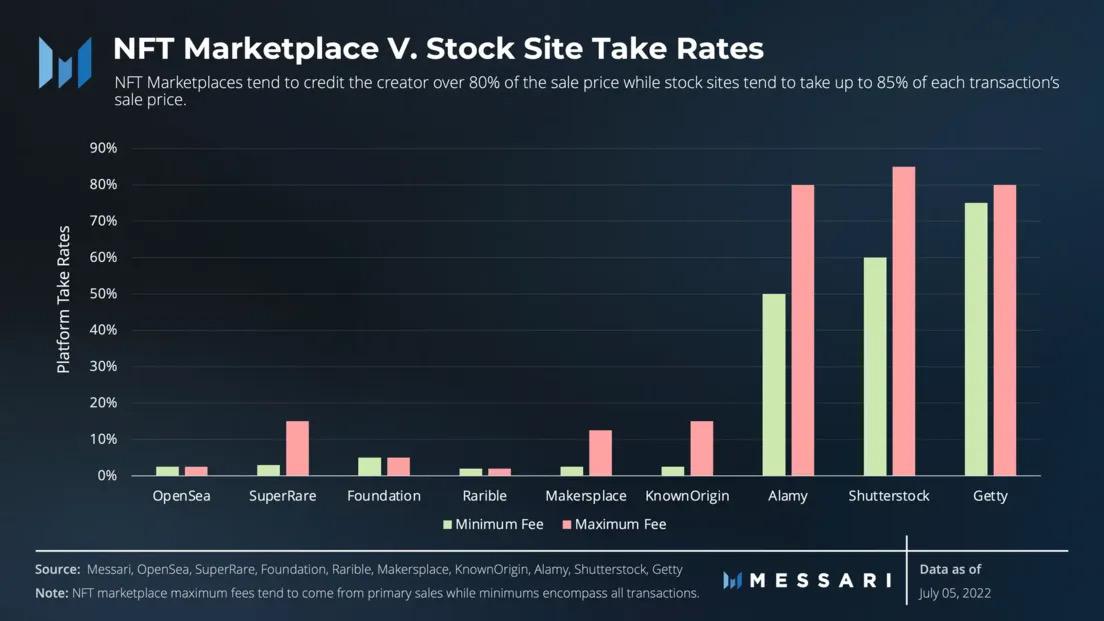 Minimizing the role of third parties will increase creator autonomy and revenue potential. Shutterstock charges between 60-85%, Getty 75-80%, and Alamy 50-80%. NFT marketplaces like OpenSea maintain 2.5% of secondary sales (or up to 15% like SuperRare) and give creators the power to set royalties on each transaction. Media creators will be incentivized to consider tokenizing their work and selling it as an NFT, increasing the profit potential.

Gallery sites currently offer media creators little autonomy: no price naming, exclusivity settings, or any way to connect directly with buyers. An open model that allows creators to customize key parameters of the license agreement can solve this problem.

Establish a personal relationship with previous buyers (continue to transact on the platform for secure, convenient and transparent licensing purposes).

While a Web2 model could be built to incorporate these capabilities for creators and publishers, it still lacks the level of transparency that a public ledger provides. Placing editorial content on-chain allows anyone interested to view media purchases, read licensing terms, and publicly identify the creator of the content.

Taking trust out of the platform can help simplify any potential legal disputes. Tokenizing photo or video licensing rights into NFTs keeps everything transparent and ultimately brings disputes/litigations to the blockchain for verification (instead of a centralized database). 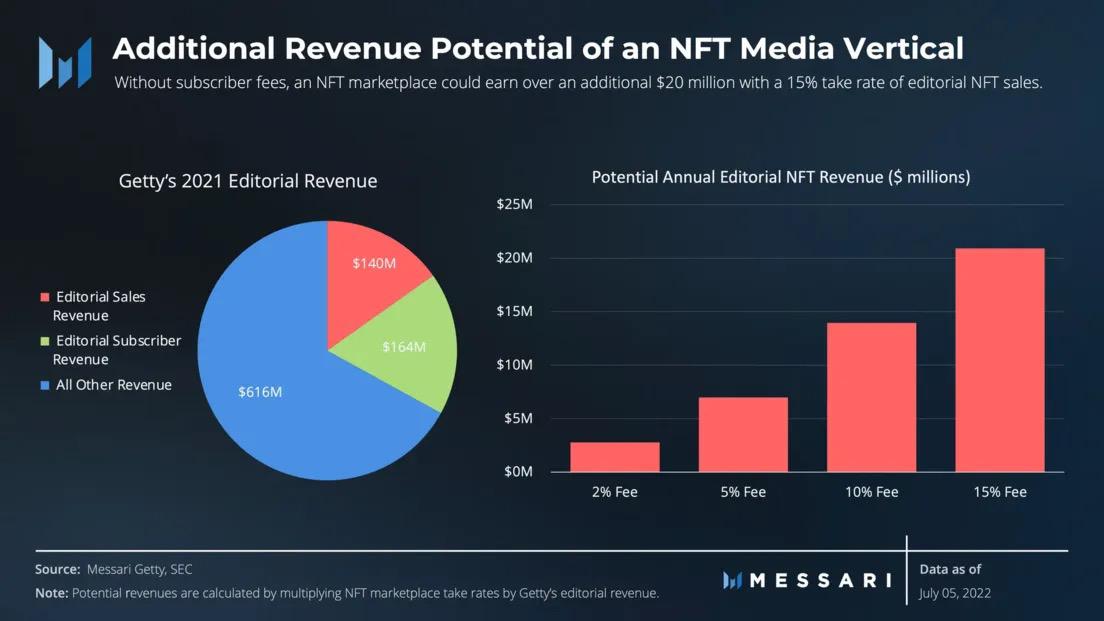 Is the path to enlightenment centralized?

For a well-capitalized NFT marketplace like OpenSea, the logistical cost of implementing media verticals may not be high considering that it already has a powerful NFT marketplace and a minting mechanism that can be forked. From there, it can add parameters, allow creators to customize licensing terms, privatize a buyer's market to established media outlets, and potentially implement subscription paywalls for buyers. A more decentralized approach with similar dynamics could also work.

When Uniswap launches its NFT marketplace, it could also establish a category focused on editorial content. In contrast to the corporate-owned NFT marketplace, Uniswap is governed by UNI token holders. Organizational efforts on how to implement this line of business will be discussed in public forums and voted on through a democratic process until implementation, rather than being dictated to centralized decision-making. 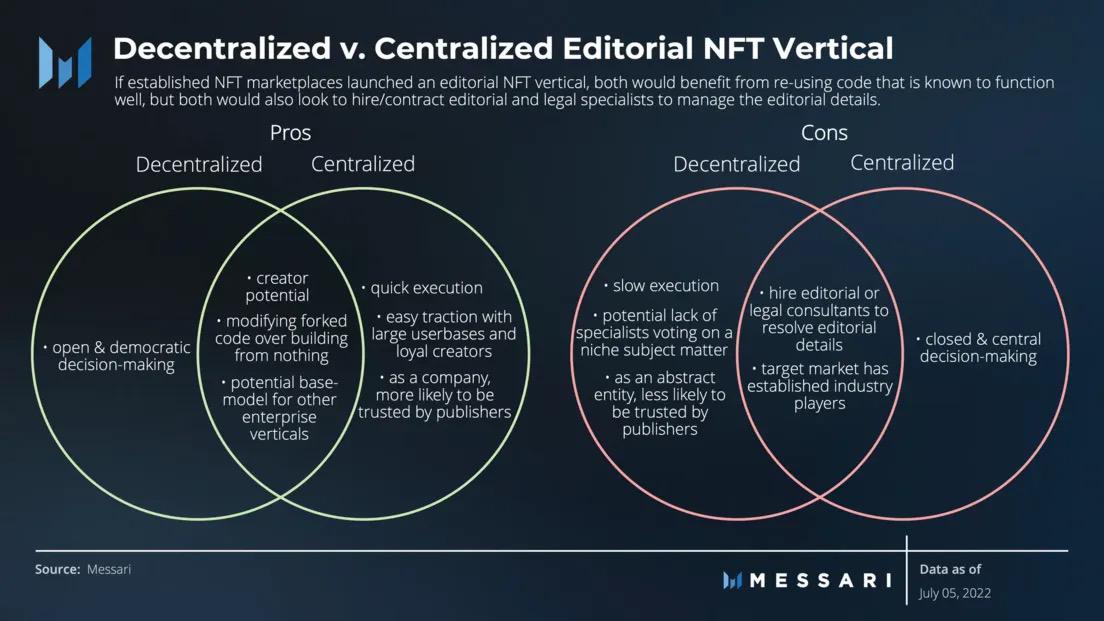 For idealists, decentralized governance is the future - DAOs for everything. But established businesses make decisions based on profit, not idealism. Publishers might trust the predictability of a full-fledged enterprise rather than an abstract entity governed by the people.

Built on a novel platform in a centralized or decentralized manner, editorial NFTs will introduce more costs and risks than simple derivatives. A whole new platform will require creators to start from scratch, cultivate a product's user base, and prove its capabilities.

Although some NFT gallery sites have emerged, such as Photocentra (already launched) and Unique Stock (not yet online), they have not yet considered expanding into the editorial realm and seem to have little advantage over traditional gallery sites. And the editorial market on the NFT platform will be the first such market.

Creating an editorial NFT marketplace will not replace the gallery content industry. Non-edited images don’t have the same timeliness and inelastic demand dynamics that can drive the price of a single editorial content into five figures in the free market. The editorial NFT marketplace will give photojournalists a platform to sell priority content at a price closer to its true value, rather than at a discount that media sites can afford, without having to sell unique content to publishers who ignore most off-net spreads Content.

For an already established NFT marketplace, setting up the venue only requires modifying the forked code, creating parameters that allow creators to customize the license terms of their work, establishing a quality control process, and hiring some legal/edited experts to work out the details. A platform with the user base, capital, and legitimacy of OpenSea or Uniswap will most likely enable a product that exploits the unique demand structure of journalism and justifies expensive speculation in NFTs. If big NFT platforms start rolling out enterprise verticals, this could become a sub-industry of the NFT industry — not a niche product.